The Ocean Is Diverse

In the ocean, we are the aliens. As land dwellers, we are easily surprised by the great diversity of ocean life. Life in the ocean has had billions of years to adapt and evolve which results in lots of different, wonderful, and sometimes strange, forms. Life originated in the ocean and all the different types of species that survive today evolved from ocean life.

Biology tries to make sense of diversity by sorting and categorizing life. As our knowledge progresses, the naming system gets better at reflecting the similarities and shared characteristics and common ancestors of different species.

The order of naming life goes as follows:

For example, in the case of humans:

By being a part of the Phylum Chordata, means that we are vertebrates. This separates us from all the creatures that do not have a spine.

By being a part of the Class Mammalia means that we have the share characteristics that define a mammal: live birth, mammary glands, vertebrates, air breathers, and have hair. Any organism in the Mammalia class will share these five characteristics.

Each grouping level has diversity within it, and the broader the grouping the greater the difference between groups. Even though both humans and dolphins are mammals, we are still very much different creatures. Here are some other ocean mammals… 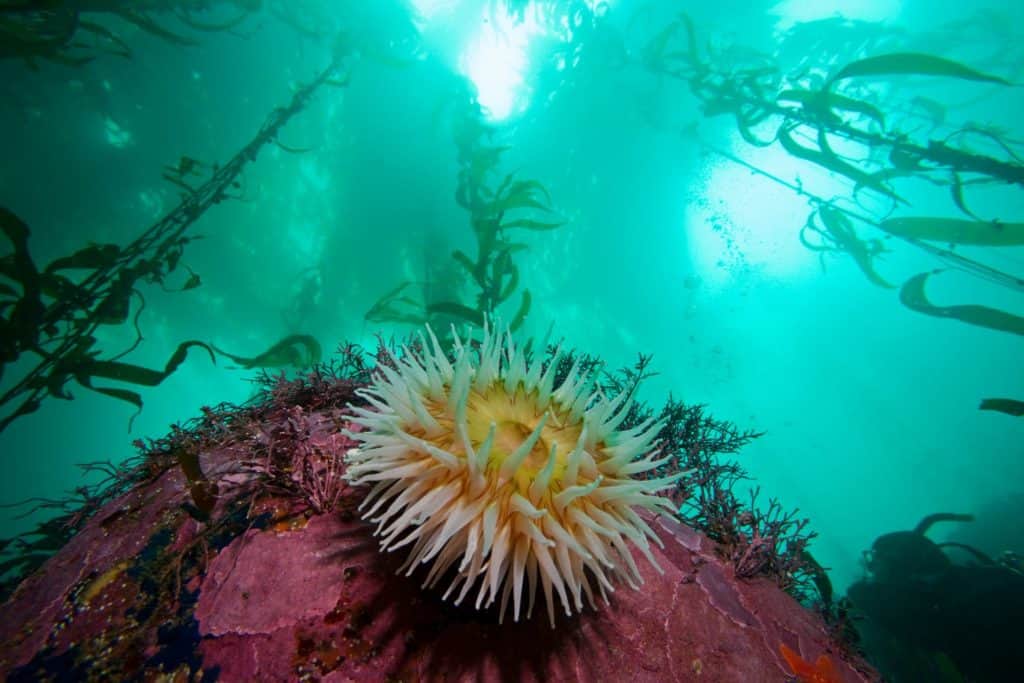 The diversity of organisms is also greatly affected by where they are found. Organisms are specifically adapted to survive in their home range and these adaptations affect how the organism looks and functions.

The ocean covers most of the planet, and under the waves you can find vastly different ecosystems. From the highest mountain ranges and deepest valleys, to the coldest oceans and tiny tide pools, all these different homes have given rise to organisms of different shapes and sizes.

Diversity means lots of different types of something, that are found in one area.

An animal’s environment greatly influences how the animals looks and acts. 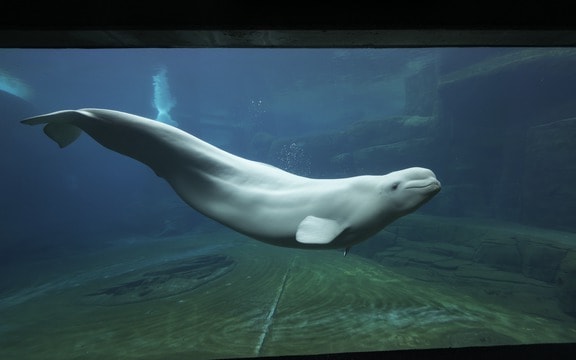 For example: The Beluga Whale. Belugas live in the Arctic where it is very cold and there is lots of ice.

What adaptations do you see the beluga has to help it survive in the cold Arctic waters?

Here are some of the physical adaptations you might have thought of:

The Beluga’s white skin helps it to camouflage with the ice in its habitat so it can hide from predators like Polar Bears.

The Belugas have a Dorsal Ridge, instead of a Dorsal Fin. Having no dorsal fin helps the beluga to swim beneath the sea ice without getting hurt or stuck.

Belugas have a thick layer of blubber around their body. Imagine wearing a mattress of fat around your body. This is how much blubber a beluga has. Blubber helps the belugas stay warm in the cold water.

Belugas have very small pectoral flippers (the front paddle-shaped flippers near the head). When it is cold outside, our toes and fingers get cold first. Beluga have small flippers so they lose less heat.

Belugas have a flexible head and lips, just lip people do. Both humans and belugas can turn their head left and right, up and down, and they can move their lips. No other whale can move its head side to side or move its lips. Beluga use their flexible lips to blow water into the sand, to stir up prey like little fish or squid. Having flexible lips help the beluga hunt for food in the sandy ocean floor.

Sometimes diversity can be vastly different within one area of the ocean, due to zonation.

Zonation is where two separate sections are created in one area. Zones can be created by geological structures, pressure, salinity, or temperature.

For example, snails can be found at high tide, mid tide, and low tide because they are able to retain moisture in their shells to protect them from the sun exposure of high tide zone.

Sea cucumbers on the other hand, can only be found in areas that are always covered by the tide, because they do not have external protection from the sun or lack of water that would be located at the high tidal zone.

Animals may offer differ passed on which Zone they are found in the ocean. These major separations are separated by depth. Take a look at the different ocean Zones below:

This diversity is connected and interacts through the ecosystem food web and the trophic pyramid.

The food web demonstrates how each species is connected through predator and prey relationships.

The Tropic pyramid demonstrates how energy and nutrients move through the ecosystem in a kind of pyramid hierarchy.

Microbes, including photosynthetic bacteria and micro-algae, are at the base of almost all ocean food chains. Marine microbes are globally important in cycling elements like nitrogen, carbon, and oxygen through the food web. Energy is passed up the food chain with loss of heat energy and loss of biomass at each tropic level.

In large parts of the ocean, such as the open ocean and deep ocean, life can be really patchy. Necessary nutrients or the lack of sunlight can limit organism growth. There are patches of the ocean where currents mix or nutrient-rich water from the deep is brought up to the surface. Distances between these patches can be huge so many ocean species are adapted to travel fast and far to find food.

On the other hand there is the world greatest daily migration (movement) of organisms: the vertical migration. It also is one of the slowest migrations. Every day just before dawn large animal plankton (zooplankton) and many fish sink down in the water column. They hide in the dark where it is safer from predators during the light of the day. Then in the dusk they migrate back up to feed on the photosynthetic algae and bacteria that were busy feeding from the sun during the day.

These ecosystem interactions drive the movement of energy through the food chain as well as diversity between animals to adapt for best survival.

The more we learn about ocean ecosystems, the more we learn how they provide for biodiversity (including us). Learning about individual species helps us understands how ecosystems are interconnected and interdependent.

Shoreline ecosystems are incredibly important because these species create complex three-dimensional spaces which act as habitats for other species to live, making even more space for life in the ocean. Shoreline ecosystem could be rocky reefs, coral reefs, kelp forests, eelgrass meadows, mangrove forests or any other habitat that lines a coastline, both in warm and cold water.

They also fix a lot of carbon through photosynthesis, this makes them very productive ecosystems. Even though they cling to the very edges of the continents, and do not cover much ocean area, they are very important at sustaining life, cycling nutrients, providing food and shelter, taking up carbon dioxide, release oxygen, and allow mutual relationship to co-evolve.

Essential ecosystems are spaces at risk because they are in shallow water, often found close to us and because they are negatively impacted by our uninformed actions. The more we learn, the more important they become as priorities of conservation and restoration action. The more we put our learning into practice, the better we can care for the ecosystems and the diversity of life they support.

With this knowledge, humans can work together to achieve the United Nations Sustainability Goals. With our understanding of the ocean, we can work towards the goals