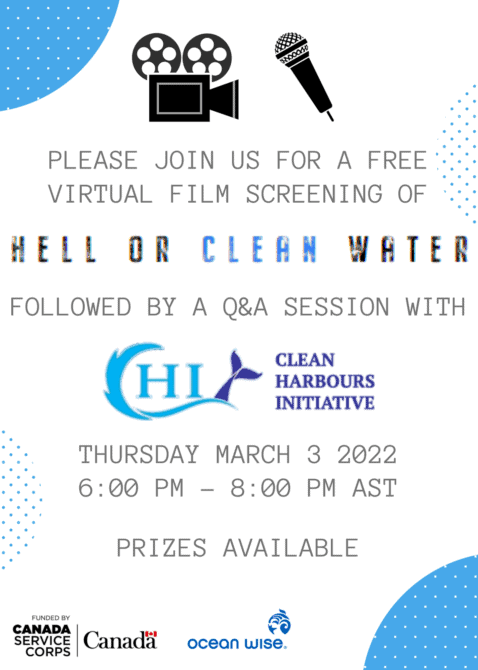 Featuring as part of the Ocean Bridge 2022 Urban Learning Journey, ambassadors have organized a viewing of hosting a virtual film screening of the documentary Hell or Clean Water, followed by a panel discussion afterwards with Shawn Bath from Clean Harbours Initiative. 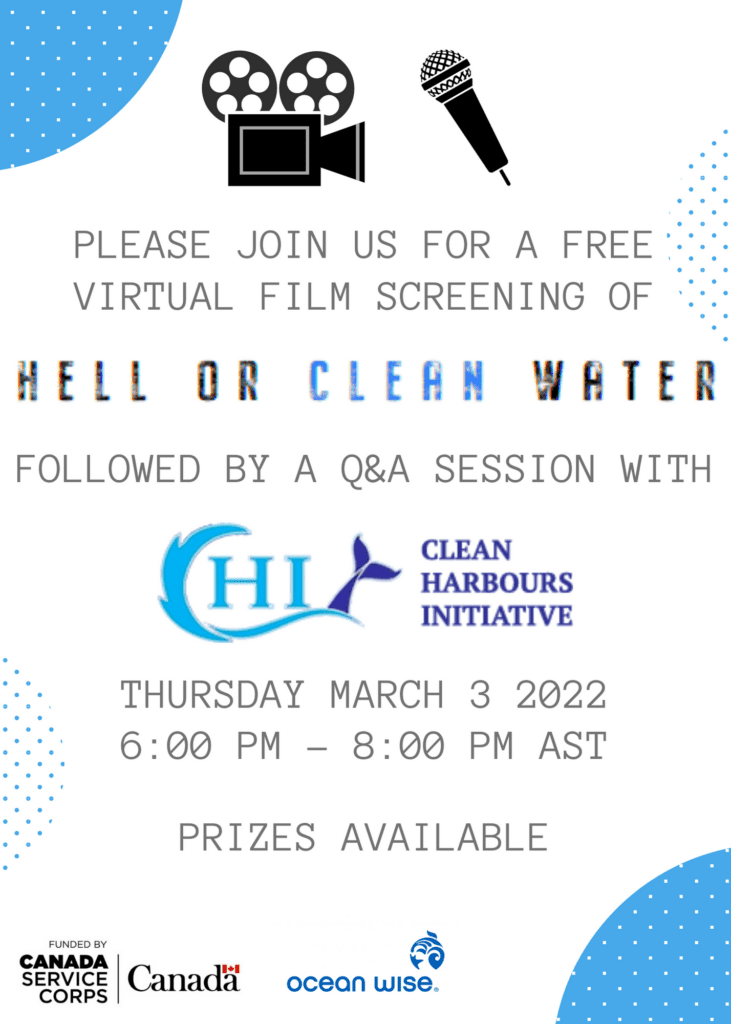 A former fisherman who just 10 years earlier thought nothing of tossing garbage out of his truck window, Shawn Bath has an epiphany when he starts diving the harbours of his native Newfoundland. While hunting for sea urchins, he finds ocean floors covered with debris – truck tires, boat parts, fishing equipment, ghost nets and ‘disposable’ plastics of every description. Realization quickly turns to obsession, as Shawn quits his day job and dedicates himself to cleaning up the rotting mess. He begins single-handedly hauling out thousands of pounds of tires and countless bags of trash. With no help from the government and only meagre online donations, he soon finds himself with less than $10 in his bank account, creditors calling daily and a stressed relationship with a supportive but very concerned girlfriend. But in the face of all this, the one thing that Shawn Bath never loses his hope, and that’s what makes it possible for one man to start something that just might change the world.

Clean Harbours Initiative was founded in July 2018 by Shawn Bath, in Bay Roberts, Newfoundland. After working for 21 years as a commercial sea urchin diver, Shawn grew increasingly troubled by the amount of trash he saw littering the bottoms of Newfoundland harbors. Tires, plastics, batteries, electronics – you name it, it was on the bottom of our ocean. In 2018, he decided to do something about it.  Since the founding of the Clean Harbours Initiative, Shawn has devoted his passion and energy to cleaning harbours around the province, with a goal of removing 100,000 tires and 10,000 ghost nets. To date, Shawn has conducted over 50 clean-ups, removing the equivalent of 1750 car tires, dozens of ghost nets, and an estimated 50,000 lbs of ocean trash. He also works to educate the public about threats to our ocean environment posed by marine plastics and abandoned and lost and discarded fishing gear (ALDFG).

You can support Clean Harbours Initiative by donating here: https://gofund.me/1bb8d167