Tracking the Ocean from Space

Earth is a blue planet with over 70% covered in vast bodies of water: lakes, rivers, and the ocean. This vast watery side of the world is in an increasingly vulnerable state, but how do we get a big-picture understanding of the ecosystem in order to help it?

Floating silently above earth, satellites watch and record huge amounts of information about the ocean. In order to study and understand remote ecosystems here on earth, researchers have turned to another vast unknown: space. By monitoring the entire earth system from space, we can better identify large-scale issues and work towards protection and conservation of the marine ecosystem. 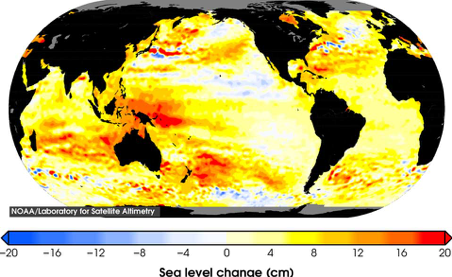 Ocean health is measured by various indicators such as temperature, salinity, ice cover and algae concentrations. These measurements are traditionally taken using boats, buoys, and drifters, but new technology has opened up the power of satellites when it comes to studying ocean health. Satellites preform important tasks such as recording earth imagery, monitoring wind currents, ocean colour and sea level rise, and GPS-tagged animals. Soon, satellites may even be able to track plastic pollution.

The European Space Agency, in collaboration with organizations like The Ocean Clean Up, is testing new technology to track plastic movement in the ocean. This project will test instruments that read chemical and light signals from plastic on the ocean surface. This helps scientists map the spread of plastic pollution through the oceans as well as better understand the scale more than a research vessel ever could.

A personal favourite of mine is the AutoNaut being developed by the European Space Agency. This automated sea vehicle uses solar and wave energy to explore the ocean while monitoring everything from temperature and pollution to potential oil spills and marine mammal noises! 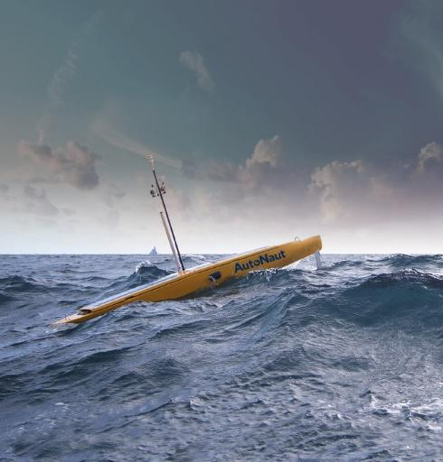 The data and information we receive from satellite technology provides important scientific evidence for many of the issues facing earth and oceans today. Using this information, we can make important changes to better support a thriving ocean ecosystem.Ironically, we need to go farther away from the oceans to gain a greater understanding.

Major policy changes need scientific evidence to support them. While some of that science exists, it needs to stay current in a rapidly changing world. Space and satellite technologies offer a unique perspective on our ocean planet, one that is available for everyone to see.

Jordan Hawkswell is a 2018 Ocean Bridge participant. This summer she visited Haida Gwaii with the Ocean Bridge team, an Ocean Wise Initiative. Find out more about the Ocean Bridge program here: https://education.ocean.org/oceanbridge/Ocean Bridge is funded by the Government of Canada under the Canada Service Corps.