On a recent trip to Baffin Island, I had the good fortune to catch lunch with a friend.  And when I say “catch lunch” I mean toss a net in the water and catch lunch.

Franco Buscemi was heading out to set his net on his lunch break and invited me along to give him a hand. Franco is a great example of an evolving Inuit culture that retains much of its traditional way of life yet is adapting rapidly to the many changes in Canada’s Arctic. He works in marketing and communications at a northern corporation 5 days a week. It pays the bills but it’s not the only thing that puts food on his table; hunting and fishing are an important part of Franco’s and many others’ way of life in the North.

On this day, Franco was heading to a small inlet just west of Iqaluit to set his net at low tide. The goal was Arctic char, a close salmon relative that’s quite abundant throughout the region.  The char move into the shallows for a meal when the tide comes in. On the menu are tiny crustaceans-relatives of shrimp and crabs-that are easily seen in the small pools left behind by the tide. 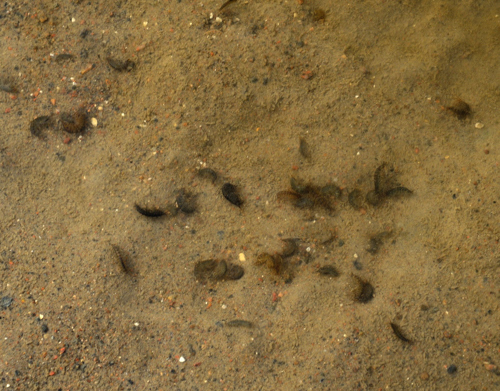 Frobisher Bay can experience tidal changes of as much as 13 meters, and when the tide is out it’s easy to travel along the exposed seafloor to set a net. 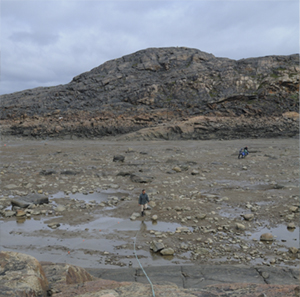 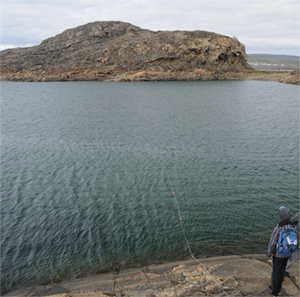 We set the net at 1:30 in the afternoon on a simple loop system. The loop allows the net to be pulled in, emptied, and pulled back out without needing to get wet. Rocks provided the anchors on both ends. 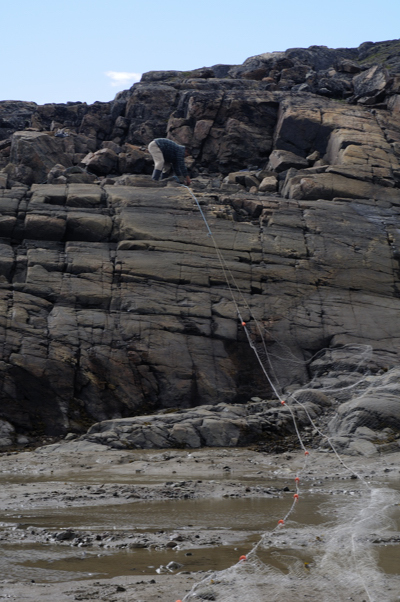 Once the net was in place, Franco and I returned to town to complete our day’s work.

We returned 4 hours later and the bay was under water; the net floats were at the surface. After releasing the net from the rocks, Franco pulled it in and one-by-one freed 15 char from its hold. 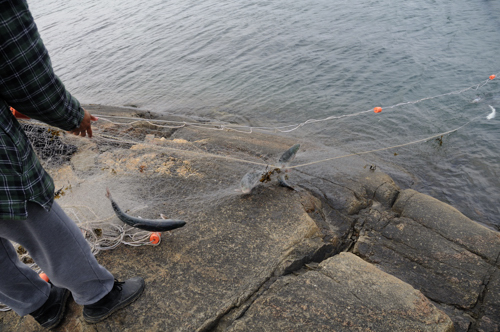 Within 15 minutes, Franco had gutted all the char, saving the livers, hearts and roe. 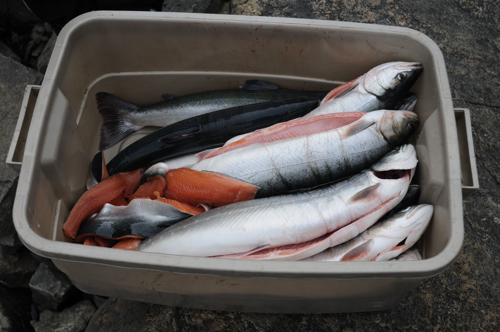 If there was any doubt about what the char had been eating, the contents of this char’s stomach laid that to rest.

I took one fish to freeze and share with my family in Vancouver, and one fish to share that evening with friends in Iqaluit. With a freshly stocked refrigerator, Franco headed off to the movies with a visiting cousin.