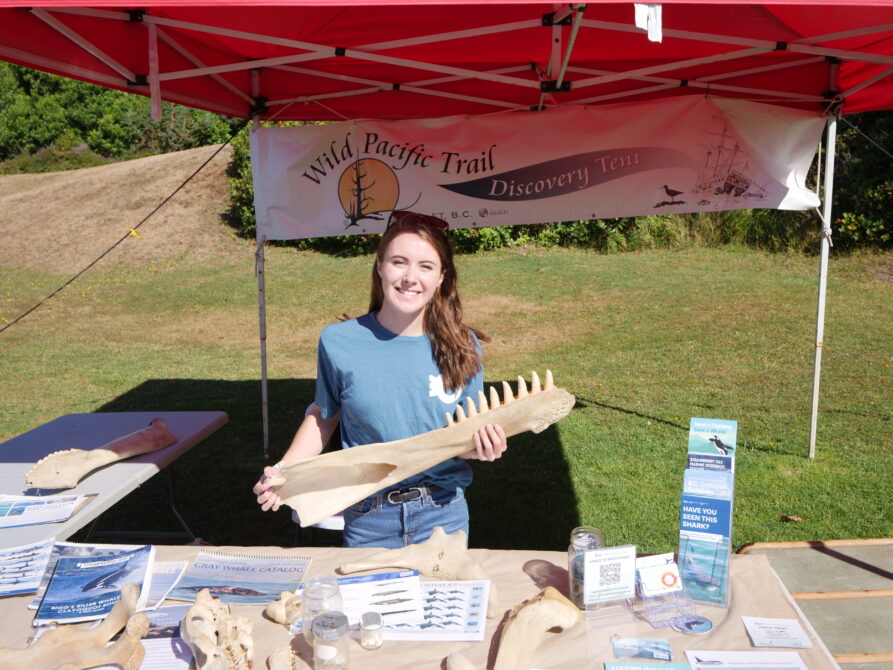 Strawberry Isle Marine Research Society (SIMRS) is a not-for-profit organization dedicated to research, monitoring, and education since 1991. SIMRS is based on the West coast of Vancouver Island, British Columbia and conducts work within and between Barkley and Clayoquot Sounds. SIMRS achieves their goals through several different initiatives, including Bigg’s Killer Whale Monitoring, Build-A-Whale, the Sea Star Stewardship Program, the Ocean Literacy Program, the BC Marine Mammal Response Network, and Pelagic Marine Species Surveys.

In her placement with Strawberry Isle Marine Research Society, Amanda assisted in both field research and office work, contributing to many of SIMRS initiatives. Amanda supported the establishment of long-term marine life monitoring in Clayoquot Sound, promoted citizen science activities, and encouraged public stewardship of the local marine wildlife and ecosystems. She participated in SIMRS’ monthly pelagic marine species surveys and developed several communication pieces to educate the public about the conservation initiatives in the region.

During her placement she had the opportunity to practice environmental writing through actively engaging the public through social media and when she was asked to write a blog on history of her placement host organization, SIMRS. Since then, she has been asked to write two more blogs, which were printed in the October and November editions of the Tofino Time magazine! Amanda also initiated a fundraising campaign to to raise funds for SIMRS by running a marathon, successfully meeting her goal.

Are you between the ages of 19 – 30? Interested in protecting the environment and learning new skills while leveling-up your career? oceanwiseyouth is looking for 160 ambassadors to join them for a life-changing opportunity. 💙

Applications are now open! 💫 Are you between the ages of 19 – 30? Interested in protecting the environment and learning new skills while leveling-up your career? Ocean Wise is looking for 160 ambassadors to join us for a life-changing opportunity. Learn more about these free programs and apply at the link in our bio!

Atlantic ambassadors Ally and Molly have created a children’s book that highlights the problem of plastic pollution!

“Every Little Bit” focuses on the problem of beach litter in Unama’ki and celebrates the awesome organizations in their communities that are doing work to stop plastic from entering our Ocean.

If you’re a teacher or education, you can request a copy today! Fill out the form in the link in our bio.
.
.
.

We are excited to introduce our two newest Direct Action ambassadors with Oak Island Films, Timme and David! They have been working together with Ted Oakes to begin a couple of brand new projects. A huge part of filmmaking is the behind the scenes and planning pieces, so it’s great that Timme and David have been able to gain experience on that side of things.

Have you watched the docuseries Great Lakes Untamed yet? This series was produced by our fantastic #OceanDirectAction partner, Oak Island Films in collaboration with TVO. Five Direct Action Ambassadors have previously worked on this series from post-production to promotion of the series – to learn more, check out the new blog on our website: https://ocean.org/blog/ocean-wise-youth-help-release-canadas-biggest-budget-aquatic-series/

Ocean Wise’s Youth programs are wrapping up another incredible year! Our youth ambassadors have spent the last 6-months engaging with their local communities and creating and completing ocean service projects that contribute to ocean health and conservation.

235 ambassadors from YouthToSea, Ocean Bridge, and Direct Action have developed new skills, built relationships across the country, and have taken meaningful action to protect the ocean. We couldn’t have done it without our funding from Canada Service Corps!

Do you know someone ages 19-30 who is interested in making a difference for ocean conservation and learning new skills?

Bittersweet to share that today is my last day working as the manager of the Direct Action Program oceanwise ! I’m onto the next adventure of focusing fully on my PhD in researching the socio-ecological role of blue carbon in coastal climate change.

It’s been an incredible journey starting the #oceandirectaction program from scratch in the midst of the pandemic in 2020 and I could never have done it without my wonderful team thepipefish errrinchristensen cayleyelcombe_ this.wild.fauna They are some of the most dialed and passionate women I’ve worked with and I’m so fortunate to call them my colleagues and friends. We’ve spent countless hours working closely to do our part in empowering dozens of young people and conservation organizations across Canada to make an impact on many critical ocean and freshwater environmental issues.

Thankful for all the hard work, laughs, stories, and pastries shared - I’ll miss my team but I’m also excited to catch my next wave! 👊🏽🏄🏽‍♀️🌊🚀 ...

Over the past few months, Eva has been working on her #OceanDirectAction placement with Parks Canada. This project has been focused on climate change research around National Marine Conservation Areas (NMCAs) / National Marine Conservation Area Reserves (NMCARs) and National Parks (NPs) / National Park Reserves (NPRs) with marine waters, across a variety of areas in Canada, from Gwaii Haanas to Lake Superior.

Meet Isabel! Isabel is the wonderful #OceanDirectAction Ambassador partnered with the @ontarioturtlecc this fall. Isabel has been getting great hands-on learning experience in all aspects of turtle rescue operations, from the turtle hatchling program, to the education program and the turtle hospital. Isabel is pictured with now-alumni Rahana hosting the OTCC booth at several events around Peterborough, ON.

The Ontario Turtle Conservation Centre is a registered charity whose goal is to protect and conserve Ontario’s native turtles and the habitat in which they live. They operate a turtle hospital that treats, rehabilitates, and releases injured turtles, by performing extensive research in the field to further conservation initiatives, and by running a comprehensive education and outreach program.

Thrilled to share that the landmark natural history series #greatlakesuntamed premiers tonight on TVO in Canada - the largest budget aquatic docuseries made in Canada to this date! The Great Lakes are critical and vastly under-valued freshwater ecosystems that millions of people in North America depend on, with their watersheds rich in biodiversity that are home to several endangered species. Ocean Wise's Direct Action program partnered with Oak Island Films to fund five youth placements focused on environmental filmmaking, where they worked on producing this three episode docuseries in 2021 and 2022, guided by Dr. Ted Oakes. Very proud of all the hard work our #oceandirectaction participants have done on the Great Lakes Untamed series and we're excited to watch it! 💧🐢🦊
Cover photo: Damien Gilbert
#conservation #wildlifefilmmaking #youth #freshwaterconservation #ontario #greatlakes #youthempowerment ...

So uh, Molly and I wrote a book! We launched tonight in Newfoundland, and will be hosting a launch locally in Sydney and Halifax in October.

Every Little Bit is all about beach litter in Unama’ki, and is available through reaching out to either molly or myself!

Have you ever heard of Pukaskwa National Park? Pukaskwa is located on Lake Superior in Northern Ontario – and is the location of a new #OceanDirectAction placement this summer! Ambassador Suzanne is working with @parks.canada to assist with the park’s ecological monitoring program, and in particular, an exciting new acoustic telemetry project for the Great Lakes.

Direct Action Ambassador Mara has been hard at work on her placement with @parks.canada, based in Pacific Rim National Park Reserve in Ucluelet, BC as part of the Southern Resident Killer Whale program. Mara’s been assisting with fish surveys in eelgrass meadows and marine mammal surveys on the water, as well as lab and data analysis.

Direct Action is excited to highlight Ambassador Gabriela, and her work this summer with partner @swimdrinkfish! Gabriela is based at the Vancouver Swim Drink Fish location and has been helping to deliver a community-based water monitoring program through field and lab work, as well as outreach.

We are pleased to introduce our #OceanDirectAction Ambassador this year with @assiniboineparkzoo: Samantha! Samantha’s primary focus has been to work on a new sustainability and waste management study at Assiniboine Park Conservancy, looking to prevent litter from getting into local waterways.

Join us on Sunday, August 14, from 1:00 - 3:00pm for a shoreline cleanup in Shishay̓u7ay̓/Britannia Beach! Meet us at 1:00 in front of the Britannia Beach Community Dock near the Danuta Rogula Art Gallery and we will work our way along the shoreline. Bring a pair of gloves, bucket, and shovel if you have them! Don't forget closed-toed shoes, sunscreen, a hat, and water for the afternoon.

We hope to see you there!

We are excited to introduce our new Direct Action Ambassador, Amanda!
.

“Hello! I’m Amanda Purnell from Kelowna, B.C., a recent graduate from UBC Okanagan with a degree in Earth and Environmental Science. Although I didn’t study Marine Science or Conservation, it is absolutely where my passion lies. From a young age, I’ve always been fascinated by marine ecosystems and in high school I developed a strong desire to help protect our oceans from the various current issues they face. Now having graduated, I can’t wait to dedicate my time and effort towards marine conservation. Working for SIMRS through the Ocean Bridge Direct Action Program is a dream come true. I hope I can be as valuable to SIMRS as this experience will be for me!”
.

In her first three days with SIMRS, Amanda has already helped our team present a Build-A-Whale event and respond to a marine mammal incident. Thank you to Ocean Bridge Direct Action, an immersive oceanwise program that connects youth with marine conservation organizations, for this partnership opportunity and for sending Amanda our way!
.

Meet Monica! Monica has recently joined the Ocean Wise Plastic Lab as a Direct Action Ambassador, and has been working on some pretty exciting projects. The Plastics Lab is focused on delivering cutting-edge research on microplastics – in particular, the sources, transport, fate and related effects in Canada’s aquatic environments. The wonderful Plastics research team studies microplastics occurrence in laundry machine outflow, seawater, municipal wastewater and the stomachs and organs of aquatic animals, using state-of-the-art technology.

Check out the 2022 #OceanDirectAction Robson Bight Wardens with @cetus_society! These four Direct Action Ambassadors have settled into life on West Cracroft Island – meet Stefani, Astrid, Nicole and Ella. These placements with CETUS involve educating boaters, kayakers and park visitors about the boundaries of the Robson Bight Michael Bigg Ecological Reserve as well as the #BeWhaleWise marine mammal viewing guidelines and regulations.

CETUS Research and Conservation is an organization dedicated to protecting the lives of whales in the wild through research, education and direct intervention.

New partner alert! Direct Action is excited to be hosting placements with the Nature Conservancy of Canada @ncc_cnc in Eastern Ontario this year. Ambassadors Emma and Christopher are assisting on field work projects that support overall watershed health focused around the Frontenac Arch and Ottawa Valley areas. This includes assisting with stewardship, monitoring biodiversity, classifying vegetation and learning from the rest of the NCC team! To date, the NCC has helped to protect more than 83,000 hectares (205,000 acres) in Ontario. From the north shore of Lake Superior to Pelee Island in Lake Erie, NCC works to protect the province’s most significant natural landscapes. The NCC focuses conservation work in priority areas, identified through science-based planning initiatives. These are areas where species and ecosystems face the greatest threats. 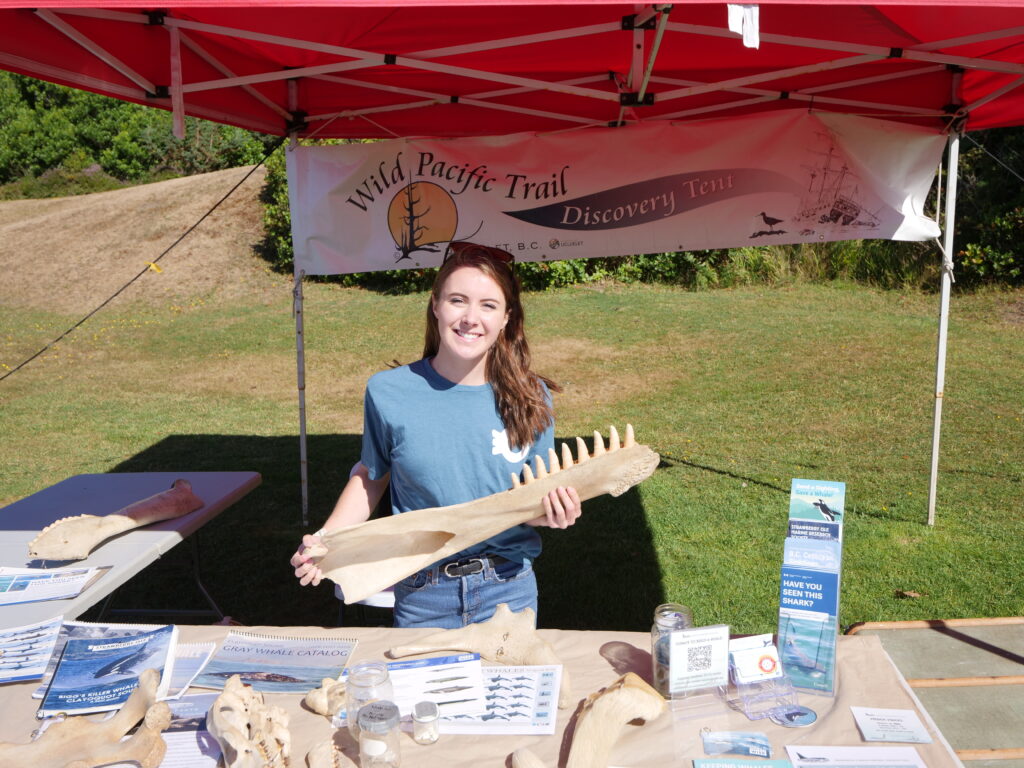 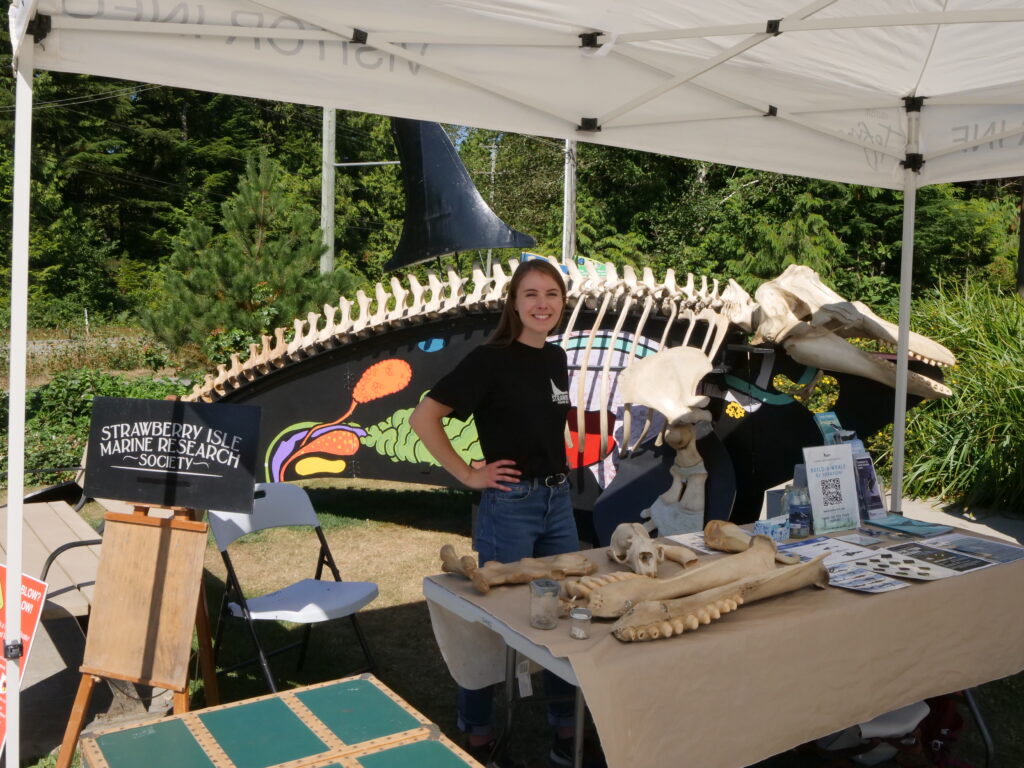 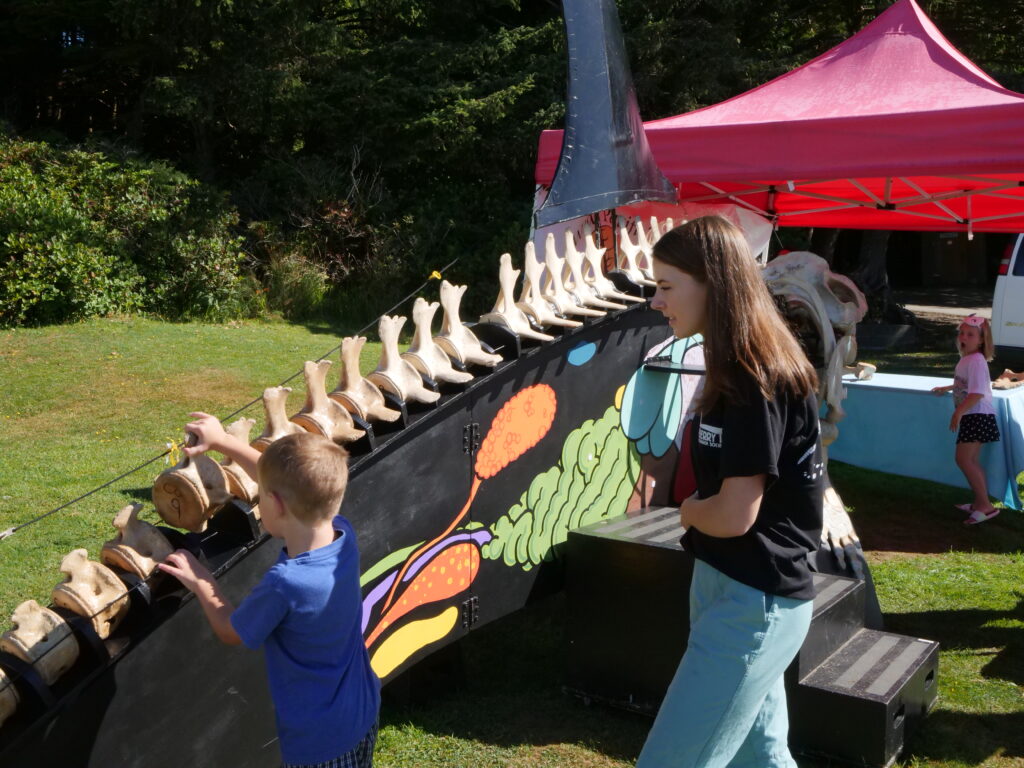 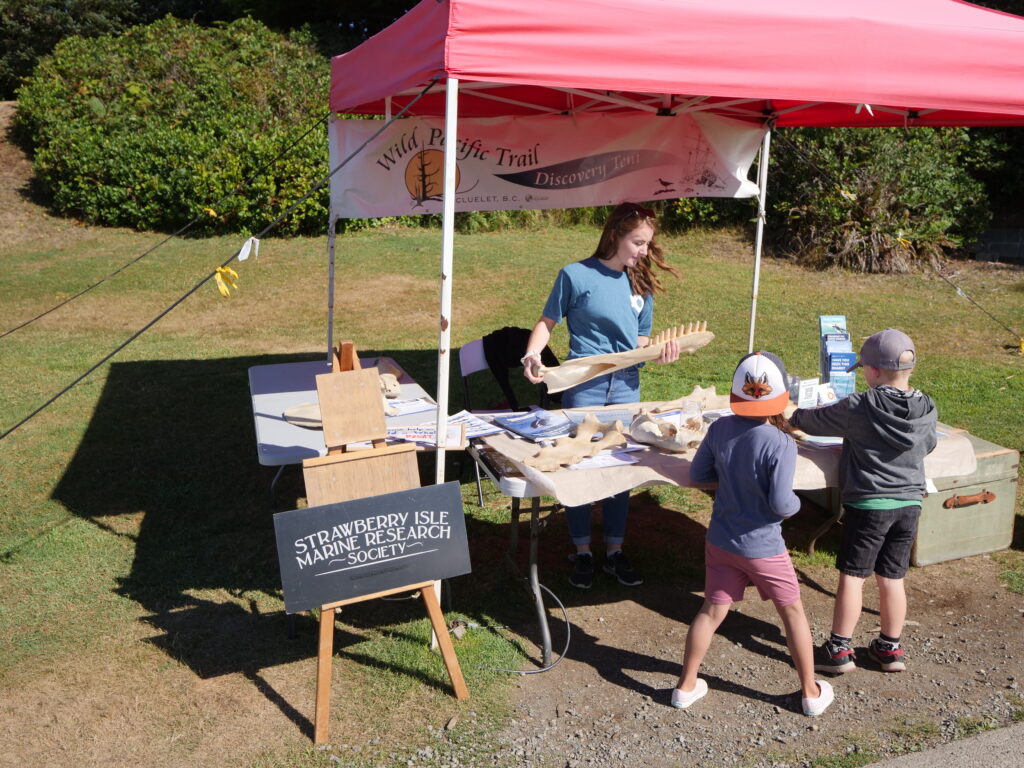